The personal life a celebrity really contributes to how you feel about them in their movies, hey? I mean, we all have actors we just don’t like, but there are some whom we can tolerate when forced to (like when your new boyfriend REALLY wants to see the new Steven Segal movie and you guys are still in the six-month period wherein he is just meeting the representative for the President verses the President his or her self who emerges at around the six-month mark). For me, these “tolerable” actors are; Steve Buscemi and John Legazamo (I just don’t like their faces or voices or really anything about them. I even find cartoons voiced by them to be the mental equivalent of chewing tinfoil), Kirsten Dunst (she always looks like she’s trying to figure out what someone is saying. You know, all squinty like she’s not quite getting it but will laugh at the joke when everyone ese does anyway, just praying that no one asks her to elaborate), Jessica Biel (she just can’t act. I’m sorry. She’s probably a very sweet girl but I just feel that she’s in movies because shes got a nice bum… and now a JT), and a few others. However, several actors have made my ‘Won’t Watch’ list in the past few years because they seem like douche bags in real life: Brad Pitt and Angelina Jolie (They destroyed Jennifer Aniston’s world! Rachel! Do you know how many hair style’s and outfits I copied from that woman in the 90’s? Sure they didn’t work seeing as I was essentially still sporting an afro and a fairly serious set of buck teeth back then, but she’s a good, old fashioned icon! That being said, I still had to see World War Z because I’m a zombie addict. Check out the attached pic of me as a zombie that my husband commissioned our talented friend Tyler Nicholson to create for my birthday last year), Hugh Grant (same, and I also find him guilty of never changing his hair style), Justin Timberlake (Love his tunes but really, getting homeless people to wish you the best at your wedding? You can’t get much more self righteous than that), Nicole Kidman (Sunlight, Nicole Kidman; Nicole Kidman, Sunlight. Also: Tom Cruise AND Keith Urban? Really?), Katie Holmes (although now free and just a step above the outreached fingers of those aliens that began Scientology, she was still purchased by Tom Cruise Part 2. Also: those were totally a boobs double in ‘The Gift’ ), Tom Cruise (Do I even need to elaborate? He stopped being cool in the 90’s around the same time this former buck-toothed wonder was trying to get Brad Pitt to start a ‘We Hate Vanessa’ club), Renee Zellweger (not that I liked her before: she’s another squinty face who seems to have a very low sense of self esteem – three week marriages and an ever-present “love me”/clingy look tip the scales for me, but her expression may also be because she’s usually the size of a tongue depressor so blowing away is a hazard. Now every time i see her i think of Family Guy’s depiction of her as an anteater) and Mel Gibson (the whole bigotry thing didn’t help an already waning interest in that guy).

Nick Cage, who used to be one of favourite actors but has since slipped down the pipes was ALMOST on my list after naming his kid Kal-El around the same time casting was occurring for the Superman movie that Brandon Roth butchered, paired with the bad choices to star in ‘Bad Lieutenant’ (i think that’s what that slop was called) and, the movie that’s so horrible I want to make a ‘pfft’ sound with my tongue whenever someone says any word that’s in the title, ‘The Wicker Man’ (And you wouldn’t believe how frequently the word ‘the’ is used. My tongue would be frequently numb), but I let him keep his status because of movies like ‘Lord of War’, ‘City of Angels’ (Meg Ryan. That’s another one I would choose watching a fat, furry, naked guy jump on a trampoline over a movie starring her) and ‘Face Off’. For now. Any more Craptastic films and he’s outta there. While John Cusack, Ryan Gosling (he’s a total Baldwin. There. I said it. Oh yeah, and a great actor), Tom Hardy (aside from ‘This Means War’ which was HORRiBLE) and John C. Reilly keep movin’ on up,

I wanna hate Will Farrell because he seems like such a douche bag in real life, but he’s just too funny. He truly is like a mix between Fergie and an angel. He just proving that being funny really helps improve your douche bag status in life. Funny outweighs douche.

This status was brought to you by the letter ‘D’, the number 6 and the fabulous word ‘douche’ 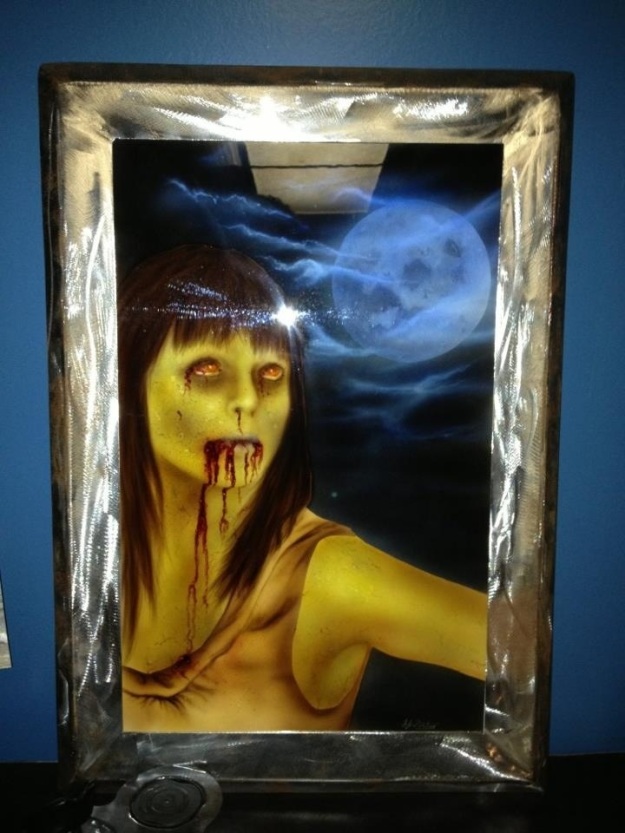